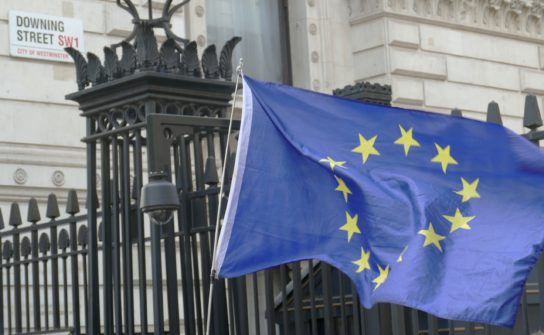 When the United Kingdom voted to leave the European Union in 2016, many leaders mistook this for a once-in-a-generation event. But it wasn’t an anomaly. Brexit is the new normal.

The deceivingly stable politics of the 1990s to 2010s are over. The 2020s will offer a tasting menu of unpredictable events that each pose Brexit-level challenges for talent management.

And if Brexit is the new normal, rigid planning and complacency are equally deadly to a global talent strategy. Companies need to rethink how they prepare for the worst-case scenario.

Shouldn’t multibillion-dollar corporations have the knowledge and technology to respond to something like Brexit?

Most don’t. A so-called “end of history,” which began with the conclusion of the Cold War and short-lived victory of liberal democracy, created blind spots and a false sense of security.

Companies operated as if the internal borders of the EU no longer mattered. For 24 years, talent strategies didn’t need to differentiate between, say, a UK or French national with commensurate skills.

Up until the Brexit vote, which everyone assumed would preserve the status quo, few businesses planned for a scenario where freedom of movement would end. If Brexit is the new normal, though, being caught off guard like that is an existential threat. Global talent mobility becomes paramount to weathering change and staying in business.

When the Brexit vote was announced, the financial services industry was hit with the most uncertainty. It was feared that London, the world’s largest exporter of financial services, would lose access to continental Europe. Yet firms were slow to move their talent. The attitude was, “Let’s wait and see.”

What if the UK held another referendum? What if it negotiated a Brexit deal that preserved financial and commercial ties with the EU? By waiting, might we avoid a costly overreaction?

Finally, late in 2019, a financial executive captured the new mood:

“We’re done with Brexit,” she told me.

The firm simply planned for the worst-case scenario, a no-deal Brexit. It moved everyone that would have to relocate to Germany and France, sparing the business from further uncertainty. This firm ended the distraction and went back to its real work.

But not all companies were concerned about moving talent out of the UK. Others saw Brexit as an opportunity.

On January 21, 2020, Facebook COO Sheryl Sandberg made a surprising announcement in London. Facebook promised to create 1,000 new jobs in the British capital in 2020, just as many companies were sending employees across the English Channel.

It is a brilliant strategy. Thousands of highly skilled workers, including top engineers and data scientists, were in a precarious position. Would their applications to stay in the UK post-Brexit be approved? Would they face relocation away from friends and family? Would they still have a job if their company moved their function or department abroad?

For the upcoming 10 to 11 months, Facebook may enjoy a hiring bonanza. Brexit was not a threat but rather an opportunity to capture a talent pool from heavily impacted industries.

From the 1990s to 2010s, technology was the main source of disruption in the global talent market. Brexit has taught us that megatrends in geopolitics, demography, and culture are just as disruptive. We should expect previously rare events to happen frequently.

Companies must be ready for anything. Specifically, they must collect and continuously analyze data about their employees and broader talent markets. What are the hidden pockets of expertise we didn’t know we had? Between which offices and cultures does collaboration work best? Where can we move or mobilize talent rapidly?

The companies that take this data seriously will guard themselves against rigidity and complacency. They will act with agility while their competitors wait and see. They will thrive in a world where Brexit is the new normal.

COVID and Remobilization: How organizations are thinking about restarting the flow of mobile talent

In Part 1 of this series, I talked about the impact COVID-19 was having on…

Too often, employers focus intently on the employee experience during the relocation for a global…