In Brynne Herbert and Mrs Moneypenny’s latest Financial Times column, they debate whether youthful staff want to remain in the EU or if they are apathetic. 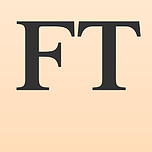 Originally featured in the FT.

Young people in the UK value their EU membership. More than 70 per cent of 18 to 29 year-olds support staying in the EU in the forthcoming referendum, according to YouGov, the polling organisation.

It makes sense: young people will suffer most should the UK vote to leave. They travel regularly and work and study across the EU with peers from other countries. The “in” and “out” campaigns have had a difficult time quantifying the consequences of this multiculturalism, but it is what makes the EU so valuable for the UK. A leave vote would put multiculturalism in jeopardy.

At our company — a UK technology “scale-up” that helps human resources departments move people around the world — more than 50 per cent of the UK team is not from the UK. For our product and engineering team, the proportion of non-UK citizens is more than 70 per cent.

Recruiting from the EU and beyond has helped us fill skills gaps, grow our business and in turn create more jobs. It is how we have built a diverse team and company culture. It is true that a vote to leave could affect our core business of relocating staff adversely. But I am more worried that it could stop us from continuing to build a company that fosters diverse perspectives and empathy with our global customer base.

Diverse teams perform better on nearly every measure. Ethnically mixed companies are 35 per cent more likely to deliver financial results above the national median for their industry, according to last year’s Diversity Matters report by McKinsey, the consultancy.

In interviews, we test for cultural sensitivity and global perspective. We keep a map with a pin for each employee’s home location, most recently East Timor. Almost once a week, one of our employees brings in local delicacies from a trip home: French macaroons; pancakes from Holland; tootsie rolls from the US.

Our diversity is a competitive advantage in attracting and retaining our millennial staff. Having grown up in a more globalised world than boomers, us millennials want to work in teams that mirror our social networks. That is why I believe we will vote for the UK to stay in the EU.

Unlike Brynne, I am not confident that millennials will save the day on June 23.

Why? Not because young people are inward looking, or lack multicultural awareness and enthusiasm. No, my concern is that they will not use their votes.

Apathy, as ever, is the enemy of democracy. Today’s millennials might well be shuttling around the world racking up air miles, but if they do not go to the polling stations, they will have only themselves to blame if their multicultural paradise disappears.

Brynne is right — young people have much to lose if borders are erected. They might not have invented multiculturalism, but they have fuelled it for an awfully long time.

In recent years, immigrants from eastern Europe of Brynne’s age have transformed places such as Boston in Lincolnshire, but that was as nothing compared with when 40,000 French Protestants arrived in east London at the end of the 17th century. In Scotland, the Gaelic language that many patriots now hold dear was imported in the fifth century by people from the north of Ireland who settled in Argyll. Britain offered a home for migrants long before it was a member of the EU.

Perhaps I will be proved wrong. Millennial or not, making a historical decision about the identity of one’s country and whether the British are European or not is a more emotive decision than voting in a general election. And emotive decisions tend to prompt a higher voter turnout.

The 2014 referendum on Scottish independence was a case in point, enticing 85 per cent of voters to the polls, compared with 60 per cent who voted in the general election. If millennials vote in June in the way they did in Scotland, both Brynne and I will have to eat our words.

For the Scottish referendum they showed up in droves and voted for independence. On second thoughts, perhaps I would rather the millennials stayed in bed!

Mrs Moneypenny owns and runs an executive search company. At 54, she is a (young) baby boomer