Is Brexit An Opportunity To Reform Immigration For Skilled Workers? – ERE Media

This piece is originally featured on ERE Media.

In 2010, David Cameron pledged to reduce net migration in the UK to tens of thousands. This was always going to be impossible with the freedom of movement from the European Union.

In order to meet their pledge to the electorate, Cameron and Theresa May dutifully reformed the immigration system for non-EU foreigners, notably doing away with the Tier 1 (General) visa for highly skilled workers and the Tier 1 (post-study) visa for those who had earned a higher education degree in the UK. The effect of this immigration reform has been increased complexity and cost for skilled workers coming to the UK. Many of them have just chosen not to come. 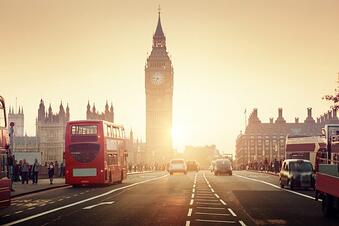 My class was the last from London Business School’s MBA Program to graduate with the Tier 1 (post study) visa. I vividly remember my classmates frantically accelerating their course load to graduate early and apply for the Tier 1 (post-study) Visa. LBS students come from more than 100 countries around the world each year to earn advanced degrees at one of the top-ranking business schools worldwide.

Since graduating five years ago, graduates of the class of 2011 have founded businesses, started venture capital funds to create more businesses, designed public policy for governments around the world, driven growth at major companies, and started charities, among many other initiatives. They have created countless jobs and contributed to the societies where they live.

But with the immigration change, many of them chose not to do it in the UK. Companies stopped recruiting people who didn’t already have a visa, and the people who would have otherwise started companies in the UK didn’t have a right to stay anymore. So they moved to Singapore, Hong Kong, Korea, Colombia, Canada, or countless other places, and brought their expertise there.

I campaigned for the Remain campaign and was deeply saddened by the outcome. But as I gradually accept it as an impending reality, I have come to believe that Brexit may actually present an opportunity to reform the UK’s immigration system and once again open our doors to highly skilled workers from around the world.

What if not only the best and brightest from the EU — top engineers, scientists, entrepreneurs, business leaders, creative designers — but the best and brightest from around the world could easily relocate to the UK?  They could start businesses, join the gig economy, create works of art, drive growth at multinational firms and build software, hardware, bridges and much more. What if they could come to the UK without a job at a major company (provided they met certain criteria), stay after completing advanced degrees and easily gain the right to remain permanently? We could marry an intelligent immigration policy with a favorable tax and business regime to lure people even more. It could be a kind of “Global Singapore-on-Steroids.”

As the CEO of a technology company with an engineering team headquartered in London, I am deeply troubled by the prospect of leaving the EU. One of the reasons we decided to base our team in the UK was the opportunity to rapidly recruit top engineering talent from the EU, which I have always considered a competitive advantage for the UK (see the post from 2014 that I wrote in my Financial Times column). At my company, MOVE Guides, 60 percent of our product and engineering team are non-British EU nationals — and our recruiting plans forecast the need for similar levels as we grow.

The story is similar for the other tech CEOs I talk to. Many are accelerating plans to build engineering hubs in Portugal, Poland, or other parts of the EU.

The UK has always been an international business hub and cosmopolitan culture. London has always been the world’s global city. A Canadian leads the Bank of England. An American leads the Royal Mail. Curry is a national favorite. This is one of the things that makes the UK special and always has. Rather than retreating inward, Brexit could be our opportunity to do just the opposite and set a different example for the world. Let’s continue to be a global leader and “double down” on internationalism and growth.