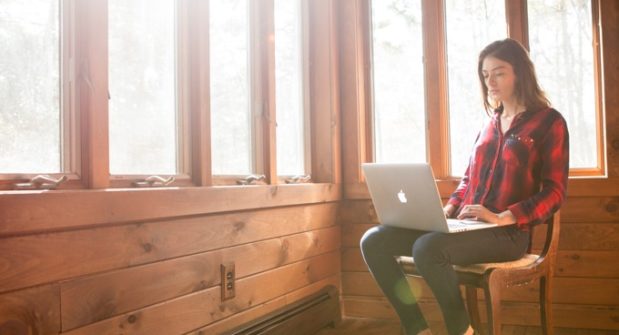 Peter Hawthorne has been working in HR for 40  years, and led GlaxoSmithKline’s global mobility program for over nine years.

Do you think mental wellbeing is prioritised in mobility programs?

From my experience working in HR and mobility for the past 40  years, I don’t think it is. It’s a problem that needs addressing.

Are there differences in attitudes towards mental wellbeing in Europe compared to the United States (US)?

Yes, I believe there are.

It’s a known fact that European organisations have a better work-life balance approach than the US, which is a key factor that impacts mental health. A survey by InterNations, which is the world’s largest network for people who live and work abroad, rated 43 different aspects of life abroad on a scale of 1-7. The countries that scored well were European ones in the main, with over half of the top 13 from Europe. The US didn’t feature in the top 13.

This is quite telling, and it reflects the differences in approach between regions.

Why do you think there’s a difference between the US and Europe?

There are a number of factors in play as far as I can see.

As a result, those in the US have a different approach to mobility, and by implication, work-life balance. Travelling on business means something different to its citizens, because it’s quite engrained in their culture. It’s a “given”, so its impact on mental wellbeing is not something that can be addressed as easily.

Having worked for a huge global organisation with a strong European organisation for many years, I can safely say that decisions are often made by a more diverse group of people – people from all backgrounds and cultures which prioritise wellbeing a lot more, and influence how certain things are done. US organisations often don’t have that privilege.

Can cultural attitudes towards mental wellbeing impact how it’s viewed in the professional world?

Absolutely. You can gain a greater diversity of opinion when working across different countries, and therefore different perspectives on mental wellbeing. Those perspectives can get people to think in different ways.

In the US, they have fixed social norms – their values and behaviours are underpinned in a particular way, and mental health is rarely considered. Also, more often than not, people are less sympathetic to someone who is struggling with travel, or living in a new place, because it’s so commonplace over there. It’s part and parcel of business culture. And that attitude is adopted universally when the “new place” is China, for example.

I found that people just have to “deal with it”, which can be a very difficult attitude to come up against if you’re worried for your mental wellbeing.  You feel like you can’t speak up, which is a catalyst for anxiety and depression (among other things).

How important is the mental wellbeing of an employee, while on assignment?

Hugely important. Global mobility and HR teams invest a lot of time and money in their assignees, and wish to ensure that the employee can do a job to the best of their ability. So much is taken into account.  Therefore, it’s very important that the employee is in a good mental health, because it impacts their performance.

Absolutely. It’s not an area that every organisation pays much attention to, and it’s such a common reason for assignments to break down.

I certainly saw it in my career. Regrettably, I witnessed the impact of an employee being promoted into a more senior role at Head Office – from a country with a very different culture to the Head Office. The employee struggled to make any impact, and became deeply depressed as he became more isolated – ignored by his colleagues and line manager.

Very quickly, that employee exited the organisation. This incident acted as a major wake up call for the business.

How can you spot if an assignee is mentally suffering in another country?

You have to look at this in some detail.

I’d recommend checking their performance against historical levels; keeping a track record of emotional outbursts; monitoring concentration levels, as well as monitoring their ability to take on change initiatives.

Social withdrawal is also one-to-watch. If an assignee is in another country, especially where they don’t speak the language, that can sometimes cause them to withdraw from social occasions due to isolation.

Who is responsible for spotting a problem?

Well, it’s everyone’s responsibility. You need a holistic view of the situation, not just HR’s perspective.

Firstly, assignees need to be self-aware themselves, especially if they have a pre-disposition to mental illness. Also, peers working with the assignees should regularly check-in with the employee to ensure they are adjusting to their new environment. Finally, line managers and HR also have a responsibility to monitor the progress of the individual, and be aware that change impacts people in different ways.

Creating a safe environment in which the assignee can discuss their feelings, without it being held against them, is critical.

How mentally stressful can a big move be for an assignee?

Incredibly. You’ve got all sorts of cultural norms you need to understand (and quickly), and so many balls to juggle with tight deadlines to enable the physical move itself.

As I’ve said before, not speaking the language can make people feel isolated very quickly – pretty much as soon as they arrive on assignment. Furthermore, if an assignee takes members of their family on assignment, and those family members feel isolated or are against the move, that can also impact the assignee’s performance.

There’s a myriad of things that go wrong inside and outside of the workplace.

How can you prioritise mental wellbeing a lot more in mobility programs? What steps can you take?

There needs to be more awareness around mental wellbeing. Mobility teams need to accept the inalienable truth: assignments and business travel can lead to stress, anxiety and depression.

This means the business needs to be committed to spotting these things.

Webinar Highlights – Are We Witnessing the Slow Death of the RFP?

A new round of funding amidst global crisis

In the years since its founding, Topia has become the leading Global Talent Mobility platform.…