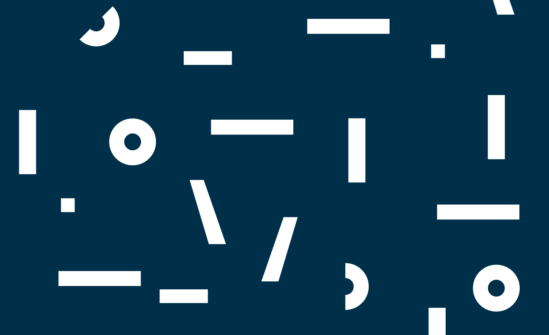 An interview about diversity in the workplace: Jos White, General Partner of Notion and Brynne Kennedy, founder of Topia. The following is an excerpt of Jos and Brynne’s session at SaaStr Europa.

If you look at the average percentage of venture capital dollars going to female-founded businesses over the last ten years, it’s around 4%.

So, in simple terms, there’s a massive disparity in terms of gender representation in venture backed businesses.

At the same time, all of the evidence would suggest that more diverse teams result in better decisions, better places to work, high levels of satisfaction and higher levels of innovation.

So we think it’s a really important topic to address, and something that we want to dig into as the focus of this interview. We want to explore ways that you can take your company on a journey to improved diversity and inclusion.

Brynne, in the early days of Topia (Move Guides), what was your experience of setting up the business and raising a round? How did you find that, both from the point of view of being a founder and more specifically being a female founder?

Brynne: I founded what was then Move Guides, now Topia, when I was studying for my MBA at London Business School and I closed my angel round in my last week as a student. There was so much going on at that time that I really didn’t think about being a founder or a female founder, I really just thought about building the company.

Over the years I’ve started to read the statistics and – if I may correct you, Jos! – only 2% of venture capital dollars go to female led companies. It’s 4% of deals, but 2% of the total value of venture investments.

For me, more and more women have started to come to me and say “We’re so inspired to work for a diverse company and for a female CEO” so it’s empowering for me to talk about it and it’s also been a great point of leverage for hiring a diverse team. But, it’s been really challenging when getting funding.

I had three things working against me when I set out:

At the time it seemed like there were two ways to navigate these issues:

Firstly I had to have a compelling vision. I think that, generally, women aren’t as comfortable having a multi-billion dollar vision – particularly in a new category. I had a compelling vision and I spent a lot of time thinking about the narrative for it.

Secondly, VCs like introductions from people that they know. There’s definitely a ‘social proof’ dynamic so you have to educate people on who you are and what you’re doing so that they can make those introductions for you. I went coffee shop hopping for months meeting all sorts of people connected to VC so that I could build those networks that would ultimately get me introductions to VCs, like Notion.

Jos: What’s been your approach to building the team at Topia?

Brynne: We have over 30 nationalities in 8 offices – we have a strong global presence and our company is 50/50 in terms of gender, including the C-Suite which is also 50/50; I’m really proud that we’ve achieved this, whilst scaling rapidly.

It hasn’t always been easy, though – we’ve had to have a lot of commitment to achieve diversity and be really strong in pushing back on search firms to have a candidate pool that facilitates diverse hires.

There have been a number of conversations with search firms that have said ‘There simply aren’t any more female CXO candidates’ and I’ve had to say ‘I don’t agree. You’ll need to go back out to market and run the search again… you need to look harder’.

We have a balanced C-Suite now so it was definitely possible but overall to get that done, you have to really push the search firms.

Jos: We all need to get comfortable with being uncomfortable if we want to build diverse teams, because it’s much easier to work with people who’re like you and you’ll likely get challenged more by people who aren’t like you.

The specific purpose of Topia is to enable companies to move their people around the world, to enable diverse teams, and to make the whole process of global mobility much easier. So, I know that in driving this mission, you’re regularly speaking to CFOs and COOs of massive global corporates about their mobility strategy and how feeds into diversity. What have you learnt from those conversations?

Brynne: It’s really interesting because I have a CEO hat, as well as a ‘salesperson’ hat where I’ll speak to other big public companies about the issues they’re facing about mobility.

This is a really problematic statistic because it’s preventing women from getting into the leadership pipeline. If we’re serious about having diverse C-Suites, then we need to build the mobile employee pipeline in a diverse way and put those people on track to international career development.

Jos: Unconscious bias is something that holds up progress of diverse teams and companies. I wonder if trying to take a more data driven approach to selection of candidates and hiring would be a way of moving away from unconscious bias and into genuine meritocracy – what do you think?

Brynne: There’s definitely something in that.

The problem is that the product teams that build technology to allow a data driven approach to hiring aren’t necessarily diverse. In other words, non-diverse teams building products to eliminate unconscious bias are likely to have bias embedded into their code because the people building them aren’t diverse.

So, to get to a point where technology can remove unconscious bias, we first need to make an intentional effort to build diversity into teams in a human way.

We need to focus on building teams with a diverse background that reflect the background of the end user. One of the privileges of my job is that I get to speak to a lot of female users of our product, and what I’ve learned is that I’d encourage anyone to build their teams as a reflection of their user base. Otherwise you’ll build products that users can’t relate to.

Jos: Finally, I’m really interested in the idea of targets because it’s something we’re in the early stages of tackling at Notion with our Fifty/Fifty initiative. Do you think companies should set targets for diversity and inclusion?

Brynne: I applaud the effort but – somewhat controversially – I’ve found that target-based initiatives are usually led by men.

Targets can encourage giving women a seat at the table as a token gesture of gender parity. As a woman who’s worked really hard, you don’t ever want to be a token woman.

I think targets are a good place to start – and I think the Fifty/Fifty initiative is a really positive thing, but it needs to be handled carefully. I want to be on a board or get opportunities because I’ve worked really hard and I’m great at what I do, not because I’m ‘just’ a woman.

I think it’s more important to focus on unconscious bias rather than targets. Don’t ask women about their plans to have kids when you wouldn’t ask men the same question, don’t do deals on golf courses where women have historically been excluded, and don’t make disparaging remarks about any minority group. What it really comes down to is that we have to give everyone the same opportunities.

Block by Block in the New Era of Global Mobility

Last week, we welcomed our customers, prospects and partners to our new London office for…

This piece was originally featured in Global Payroll Magazine. Imagine this: James moves from London…

Brexit Bedlam: How to Stabilize Your Company Amid the Chaos & Questions

As just days remain before the extended April 12 Brexit deadline, companies around the globe…