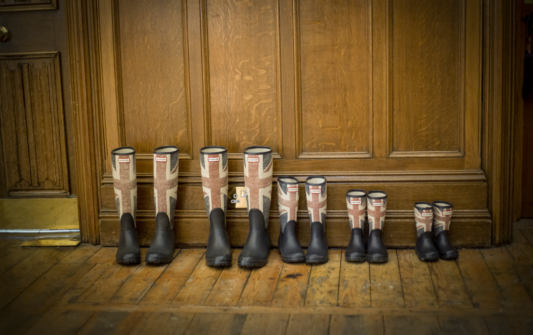 As an expat kid, you take your big house for granted, your international school as a given and of course, assume that it is normal for all your friends to speak several languages. Then you grow up and you realize that this is a classic case of living in an expat bubble through the world of global mobility.

I was born in Denmark but moved to Belgium at the age of three when my parents were sent on expat assignment by their company. The move itself is a blur as I was so young when it happened, but I remember being very excited about a new adventure. We moved to a beautiful (large!) house in a suburb of Brussels and was enrolled in an international school shortly after arrival. I quickly made friends and adapted to life in a new country.

Growing up abroad is definitely an adventure and I look back at these experiences with fondness. There are countless advantages to being an expat kid – the exposure to different cultures and traditions, new foods to try, diverse languages to learn and people to meet.

However, I also realize that an expat experience is very different from growing up in the place that you were born. You live very far from your extended family and miss the opportunities to pop over to Grandma and Grandpa’s on a Sunday or hang out with the friends you’ve had since kindergarten. You also have to adjust to a much more transient way of life because your friends move every three years or so, and then the process for making new friends starts all over again.

Keeping in touch with the friends that moved away was also hard. I remember one particular friend who moved back to Ireland after two years in Belgium and we diligently stayed in touch via letters (oh the years before email!) for a couple of months after. However, being so young and our friendship being so brief, the letters gradually faded out and we lost touch. Had we grown up next door to each other we would probably still be in touch.

All the same, I was lucky because we localized in our assignment location, creating a stable base for the later years of my childhood. However, this also meant living in the weird in-between space of being an expat and a local. My friends were still expats and I still went to the international school, but I was also much more in tune with my local community and became much more involved with my host country culture.

For better or for worse – all of these experiences have made me feel like I don’t necessarily identify strongly with my country of birth, but has instead given me a special connection to the global community. I truly feel like I am European before I am Danish because of my unique multi-cultural upbringing.

After finishing high school in Belgium, I moved to the UK to attend university and later settled in London where I met my (American) husband. When we started a family, I realized that my multicultural upbringing has also been an unexpected advantage in raising bilingual and multicultural kids. I am much more aware of the influence that culture and language has on kids even from a really young age and I actively seek out opportunities for my kids to interact with other Danish speakers and encourage them to interact with people from as many cultures as possible. I truly believe that this will help them become citizens of the world and will give them an advantage in later life, both on a personal and a professional level.

Finally, my personal experiences have also shaped my career choices – even if unintentionally.  Although I fell into mobility accidentally (by way of pre-employment screening… but that’s a story for another time), I’d like to think that my subconscious led me to a career perfectly aligned with my experiences as an expat kid. Working at a financial institution as a mobility manager, I found that I could truly empathize with the employee experience – for the full family unit. I understood the importance of not just physically getting a family and their things from point A to B, but actually fully embracing the emotional effects and cultural implications of uprooting one’s life completely.

I brought this value with me to my current role at MOVE Guides as a Solutions Consultant, where I work with many different companies to position their mobility program for success.  Speaking from my personal and professional experiences, I truly believe that empathy is a core value to consider when moving people to new destinations and it is the difference between delivering a good move and a great move.

Turning the Page to a New Chapter for Topia

Henry Wadsworth Longfellow said, “Great is the art of beginning, but greater is the art…

Global Mobility: The Best Practices For A Strategic Win

When global mobility is well-managed and not siloed away, it becomes a strategic advantage for…

Global mobility teams face several challenges in their day-to-day operations. One of those challenges is…