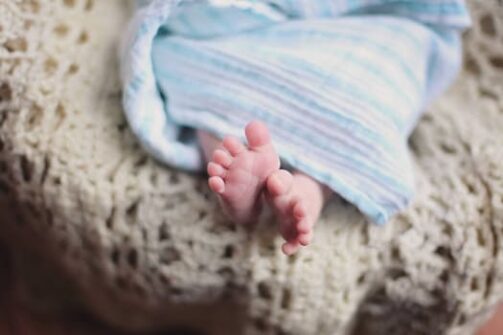 I still remember the night of December 7th – the day my eldest son was born. The nurse helped us to our room and, as it was late, she quickly got us comfortable and went through the paper work. She showed me the bag of useful baby goodies – diapers, spare onesies, swaddle blankets, feeding checklists, etc. My wife, Michelle, was asleep and the little one too – peacefully. It was bliss, so I tidied up as the nurse took Michelle’s vitals one more time. After announcing that she was finished and all looked good, the nurse turned to me and smiled, closing the door behind her. The room was dark and smelt of baby powder mixed with hospital disinfectant. The closed door shut out the hustling footsteps of the nurses as they went from room to room, attending to new mothers and their babies. In the still of the night, it hit me… I was a Dad! And then the little one cried….what was I meant to do again?

Being a first time parent as an expat in a new country can be hard. You can feel alone. You can feel confused. You don’t have the support structure you have when you are at home – no parents, no in-laws, aunties or an established friend network who you grew up with and who were going through the same life experiences. The health care system is unfamiliar and different. The social norms and gender biases are different, not to mention changing your vocabulary…again…nappy (diaper), pram (stroller), dummy (pacifier), etc.

I took nearly 8 weeks off work to be the primary carer for Oliver, intentionally waiting until he was 10 months old before taking parental leave so that he would be more interactive and I could engage him more intelligently. I thought that what I had experienced during his first 10 months would prepare me somewhat for the 8 weeks. And to give me a glimpse of what I had coming, I called my friends back home in Australia who took time off work to be a full-time Dad with their children. I was shocked to hear some of their perspectives:

Thankfully, I did not experience any of that negativity in the San Francisco Bay Area as an expat dad – a fortunate benefit of the culture I relocated into. That’s not to say the US has fully embraced the stay at home father either – I was typically the only Dad at the library trying to sing along to the nursery rhymes. I remember a funny moment when the librarian, after acknowledging all mums and grandparents, skipped the ‘Dad’s on the bus go…’ when singing wheels on the bus – then realized her error midway through the next line and incorporated her apology into the song to the laughter of the class.

After being initially hesitant based on my friends’ experiences back home, I found taking time off work to be a full-time expat Dad to be fun. I found the parents I met at all those story times, music classes, swim classes to be welcoming. We’d often grab a coffee whilst the little ones had their day nap and have an adult conversation.

Upon reflection, I realized that this was a totally different experience to my fellow Dads back home. As local parents, they already had an established support network and were perhaps not as open to making new connections. Without an established support network, Michelle and I had to actively seek new friends to go through this adventure with. That’s not to say we were mindful of this. It was almost by accident that we actively sought social connections and with it, shared those experiences with others. Had I not been an expat dad, perhaps I too would have not been as open to sharing my experience with others. As research has shown, when we share experiences with others, we rate those experiences as more intense and memorable, and sharing the trials and tribulations of being an expat parent with a likeminded group was no exception.

As with most hospitals, the hospital that Michelle gave birth at had a parent group that caught up every week for the first 12 months. Michelle went to those religiously and from that we met a great group of friends from all over the world. Most were like us, expat parents, many of whom I shared the experience of being “Daddy daycare”. We spent last summer in Italy at the wedding of one of those friends, our first children born just days apart. And funny enough our second children were born just a week apart.

Interested in learning more about MOVE Guides? Speak to one of our Solutions Consultants today to learn how we help HR teams move their people around the world — any reason, any policy, any location.

About The Company A pharmaceutical and healthcare company with 1,200 assignment cases reviewed each year…